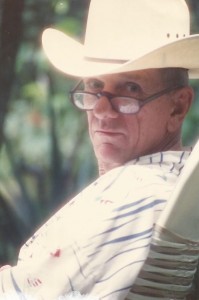 Marrying this person was probably the best thing that ever happened to me other than writing Enemy Women. The fact that he is now an ex is totally beside the point. I learned enormous amounts about the military, about war, about combat from him. He made his way up from a private in the Texas National Guard to a Lieutenant-Colonel in the regular Army. Partly because he saw a lot of combat in Vietnam, was awarded the Silver Star, Purple Heart and Bronze star twice with V device. He spoke Vietnamese and fought with an ARVN unit for a year and then with the Cav for six months. I did a lot of listening. Altered old ideas, understood so much more about human nature.

If it hadn’t been for him I would have made terrible and embarrassing mistakes in Enemy Women. I have had people tell me, ‘Those are the best combat scenes I have ever read’. Well, if they are accurate, it is because of Jim. Not only accurate but plausible.

His first wife, who died long before we met, was from a fascinating Texas family and I researched her genealogy for the grandkids. Related to the first Spanish families to come to San Antonio in 1733, the Leal Goraz family. Many stories about them from Nanny (Hilburn) Sutherland. By accident I found in the Bexar County Archives, San Antonio, the marriage license of Richard Hilburn III (a cattleman) and Maria Luisa Leal, 1857. Her description and that of her ancestors all recorded by the Cathloic Church (San Fernando archives) — Gray eyes, dark curly hair. They considered themselves a people apart. Spanish, not Mexican. Gave me the backstory for News Of The World. I also found Hilburn’s road brand in the Pioneer Museum.

Jim’s family was from Wyoming, They too were ranchers. His father joined the U. S. 12th Cavalry and was assigned to Fort Clark, on the Mexican border, 1927. Then Jim was born in Fort Brown (now Brownsville, TX, the old fort recently demolished). There is a photo of Jim at age three standing to watch his father’s troop ride past, their machine guns disassembled and packed on mules, along with the ammunition, in the Fort Brown parade ground. What I learned from him and his father’s stories helped me with Color Of Lightning as well as News Of The World.

Also through Jim I met, years ago, WW2 vets from the Texas National Guard, his old friends (much older than him but they always showed up at the summer exercises and he admired them) and listened to their stories of Monte Cassino, the raid over the Rapido River. I mean, I sat and listened while they and Jim talked. They would never let me record them or write anything down. Most of them are gone now. Learned a lot. I was so lucky.

This is Jim and I on our last trip to Mexico to visit with the marvelous Contreras family. I guess they could be considered middle-class, as the whole great extended family has gone into the professions; lawyers, architects, teachers, Jaime is an electrical engineer and worked on Mexico’s only nuclear power plant, El Farrallon. This was taken halfway up the peak called El Cofre De Perote — you can drive up it — which ends up in fog and chill at 14,000 feet but you don’t think you’re that high, it doesn’t seem that high, there’s still vegetation — this is the tropics after all — and I nearly croaked from altitude sickness. I thought I would die. I felt ninety years old. Jim and Julio were leaping about like mountain goats. 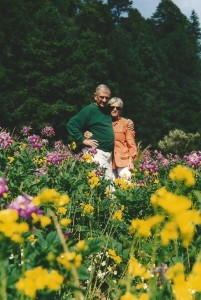 Flowery meadows halfway up, and (below) on the peak itself people live year-round to tend to the satellite communications equipment on the peak. 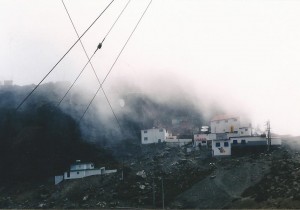 Afterwards Julio took us to the maximum security prison Fortaleza San Carlos. A friend of his from the university was warden there. Poor guy hated it. He had just graduated as a lawyer and was assigned there whether he liked it or not. We got a tour, accompanied by about ten guards. The place was built in 1720 or so.

Another story. So many stories.

If it had not been for Jim I wouldn’t have heard any of these stories, or known anything about the 12th Cav., or how one gets a Silver Star, or heard someone explain the six tones of Vietnamese, or gone up Perote, or explored abandoned haciendas on Mexico’s east coast, or been escorted around an ancient fortress by ten guards to glance uneasily at men who were caged killers.

So many stories, one devolving into the next.