She was such a great correspondent, in her nineties, in Australia. We wrote one another for years, I don’t know how many. A very distinguished, lively gossipy lady, wife (widowed) of a former governor of New South Wales, born in England with many memories of World War II, a Land Girl on one of the King’s tenant farms and therefore knew many people in the inner royal circle, had something funny and lively to say about absolutely everything, from dinner with Queen Elizabeth to dogs to brown snakes, to the fires in the Australian bush, to how much she hated ironing (“I would rather cut my throat”) to memories of the D-Day invasion and a young pilot who waggled his wings flying over, just for her.

Her last letter came in April, and we tended to write one another once a month but then somehow I delayed….I just felt something had gone amiss. Several days ago came a letter from her daughter Paula and as soon as I saw Paula’s name on the return address I knew she had passed.  Paula said she had passed away suddenly and peacefully just after she wrote that letter. Paula had written me soon after but her letter seems to have gone astray.

How I will miss her.

She initially wrote because she had read Enemy Women and loved it and from then on we just kept on writing. She was so funny, so acerbic! She was utterly fearless and said whatever she thought. She met Glenn Armstrong somewhere in South America when she and her husband were traveling on some sort of commercial trip. She had stories about her girl’s school in London, the Vietnam Vet the next farm over who came and shot a brown snake for them, about the new pup, about her quilting club.

I better stop. Rest in peace, a unique voice is gone, a lively observer of the 20th century, a kind and deeply good person. I was so privileged to have her as a writing friend. I don’t even know what she looked like. 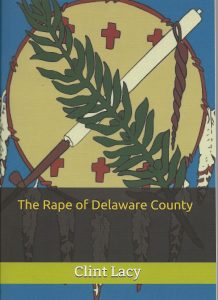 A good little book on how messed up Oklahoma law enforcement can be.

Relates also to the race riots of 1921 — the chief of police of Tulsa was an outright criminal and provided no leadership or control during those riots. Look it up on Wikipedia.

I am sure there are many dedicated policemen in Oklahoma and mean no denigration of the present police forces, especially since one has just been killed in the line of duty, but I am starting on a new work that takes place largely in Oklahoma in 1870 and it started as a lawless territory and sometimes these beginnings are hard to overcome.