Just trying to catch up here. April Baxter, Evelyn O’Hara, June Chism and I drove with horses and pickups to Brenham, a wonderful little town that had decided to honor News of the World with a day of celebration and readings. Wand Waters arranged it and our splendid hosts were Joyce and Ralph Lilly, who had fifty acres outside of town where we could put our horses. The local theater group did readings from the book, I signed a lot, and we got to say n the old restored Ant Hotel. It was two days of unrelenting fun and since Brenham is the town of the famous Blue Bell Ice cream, there was a great deal of that too!

This was the audience in the theaterwhere I spoke. 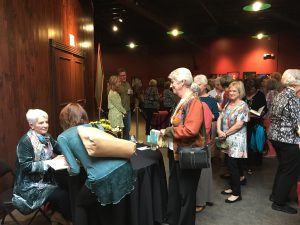 Signing books. that was a velvet wrap I ordered from a catalogue and the room in the hotel was so cold and I didn’t know how to shut off the air conditioning and I couldn’t find any blankets so I ended up turning the velvet wrap inside out and sleeping in it. It looked okay for the next day, surprisingly.

Then we all drove on to the 7IL ranch which is east of Brenham, camping out in a terrific storm and got in one good ride and then went home. 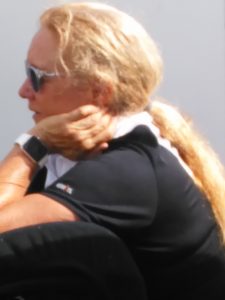 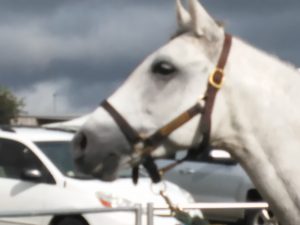 After that I was in Thousand Oaks California and then my granddaughter’s wedding and then Austin and finally home. My granddaughter Faith has her law degree, married a wonderful guy who is an identical twin who was his best man so that people got really confused.

Instead of putting up a photo of the wedding, here is my dear Faith when she was six, at Fiesta in San Antonio, I sat her up on the tailgate of a truck that was taking the mariachi band to the parade. She was in the children’s float. 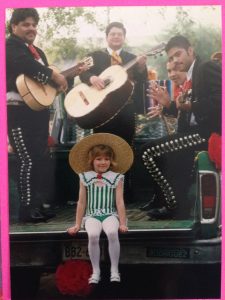 Wedding pictures to come later when I get them but nothing can beat Faith and Los Mariachis.