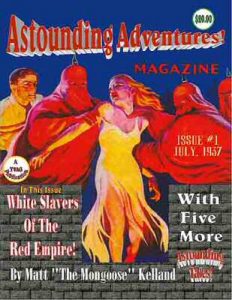 My sexual assault by the TSA
By Gina Miller

It was an excellent week-long trip my husband Keith and I took to Arizona to take the 250 Pistol Class from Gunsite Academy. The week ended, and it was time for us to fly back home this past Saturday, February 18th. While I have gone through Transportation Security Administration (TSA) regional airport checkpoints since its spawning after 9-11, I had not yet gone through a TSA checkpoint at a major airport. Phoenix Sky Harbor International Airport is a major airport, and on Saturday, I was immersed there in one of those TSA “horror stories” about which I had previously only read.

My very dim view of the TSA has been shaped by all the reports of corruption, misconduct, molestation and sexual assault, theft, abuse of power and ineptitude by the TSA. To find these stories, you need only do an Internet search with any of those terms along with “TSA.” In addition to all that, air travelers in the United States are now stupidly forced to remove their shoes because of one Muslim maniac.

Needless to say, as we stood in the moderately long line of the Sky Harbor TSA security checkpoint, I was not happy and only wanted it to be over. We finally arrived at the x-ray conveyor belt with all the gray plastic bins into which we had to put our shoes, belts, purses, bags, watches, cell phones, laptops and anything in our pockets. When flying, I always try to wear nothing that would cause the x-ray imaging machines to raise an alert. So, I wore no belt or any jewelry. I had nothing in my pockets. I only carried my small purse, and I wore blue jeans, a long-sleeved cotton t-shirt and simple leather boots. I removed my boots and placed them and my purse into two of the bins and pushed them on toward the x-ray screener.

I was directed into the – what I call a “rape scan” – body imaging machine. As you may know, we are forced to stand inside it for several seconds with our arms held up as if we’re common criminals, and the machine does a circular spin around our bodies. When the scan was done, a black woman told me to step out of the machine. I’m guessing this woman was probably in her early thirties. She directed my attention to the human body outline image on a screen outside the machine, which displayed the supposed results of my scan. There were “warning” boxes superimposed directly on the crotch, one knee and one ankle area, which I instantly knew were bogus.

Because of those flags, she informed me I would be subjected to an enhanced pat-down. I numbly looked at the entirely phony warning box images on the screen, knowing that with the advanced imaging capabilities of that machine, it would not possibly have “seen” any kind of threat anywhere on my body, much less between my legs. Nevertheless, I stood there silently with a smoldering outrage welling inside me as this girl described the sexual assault she was about to undertake on my body.

I hardly heard what she was saying she was about to do, because I was so angry knowing that this was a fake result, either from the machine or from someone’s arbitrary decision to subject me to this despicable, Fourth Amendment-crushing, far-beyond-unreasonable search. She finished her little speech by asking me if I preferred [my sexual assault] to be done in a “private room” or right where we stood in front of hundreds of onlookers. I was barely able to mumble a “here” with an indication of my hand gesturing down to the yellow footprint stickers on the floor where I was to place my feet.

She required me to assist her in my sexual assault. I had to lift my shirt to give her clear access to my waistband, into which she thrust her blue-latex-gloved fingers and ran them all around the front and back of it. She made me hold my pants in place from the top as she crouched down and firmly ran her hands from the top of my legs to the bottom, both front, back and sides. She firmly pushed and rubbed her hands between my legs, the entire area – THE ENTIRE AREA – from the front and back.

She finally directed me to hold out my hands, palms up, as she swabbed them with damp squares of white tissue, which she inserted into a machine that I assume “sniffed” for explosive residue. When it gave my hands the all-clear, she indicated that I was free to go.

At that point, I was fairly blind with rage. Shakily, gritting my teeth hard enough to beat the band, I went and retrieved my boots and purse from the end of the screener belt several yards away, where they had remained while I got the enhanced grope-down. I was glad no one had taken my purse. Keith had been moved along after going through security, and from his viewpoint was unable to see my belongings or what was happening to me.

Still seeing red, I slowly walked to a chair near the TSA checkpoint to put on my boots. I was shaking with rage, and my husband had to quickly talk me down from reacting to the powerful anger that was exploding in my mind. The sickening feelings of rage, helplessness and violation continued to roil in me for the rest of the day.

What can I do? File a complaint with the TSA? Yeah, right. Call my congressman? And get a nice form letter reply in the mail in a month or so? Yeah, no. I’m powerless here, as are the many other people who have been sexually assaulted by the TSA. Maybe you’d like me to tone it down a notch and call it “molestation” or merely “groping,” but I know what happened to me, and in any other situation, it would be legally regarded as sexual assault. If an ordinary person did to me what that woman – by authority of bad law – did to me, he would go to jail.

The TSA should be dismantled. Airport security needs to be returned to the airlines and local airports. The federal government’s takeover of airport security screening after 9-11 has only created yet another unaccountable, monstrous bureaucracy that continues to grow in corruption, especially under Obama’s recent lawless reign. Free-born American citizens should not have to abide such degenerate despotism in the name of “security.” The TSA has seized illegitimate power in its random imposition of unreasonable searches on innocent airline passengers. If the Fourth Amendment to the United States Constitution means anything, then the TSA must go.