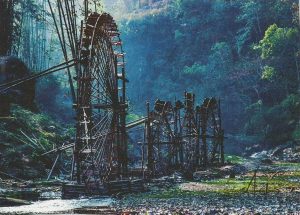 Beautiful photo, seems from a fantasy novel. Taken by Sylvie Collier, somewhere outside of Sapa, Vietnam. These are old bamboo water wheels, with the Tien Sa waterfalls on left.  Found this in a photography magazine which I was reading while sitting at the clinic waiting for my allergy shot.

Traveling for book signings. San Francisco this weekend, then Feb. 6th to Jacksonville MS and then Savannah Georgia, and it doesn’t end there. Message from Michael Ondaatje, will see him and Linda in San Francisco, at the Book Passage signing, hooray! It’s been forever.

‘Angels and Demons In the Ozarks’ will come out in Harvard Review 50th anniversary edition, not sure when. I wrote it quickly, short piece. 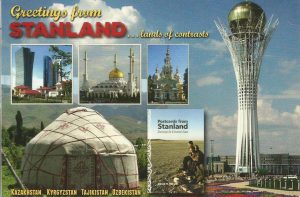 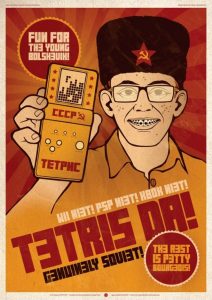 Was invited to the Pulpwood Queens Literary Festival in Nacogdoches, over near the Louisiana border. April Baxter volunteered to go with me, since her son lives there, then we said ‘Why don’t we take the horses and ride in the Davy Crockett National Forest?’ And so we did. 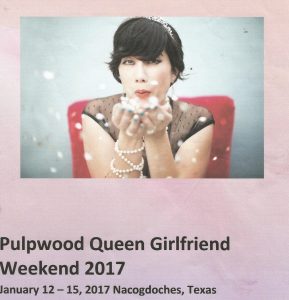 I read and gave a short talk and signed books, they were great. Women wearing glitzy bling and cool sparkly crowns. Much fun. That was Saturday. Then April and I hauled the horses to the National Forest on Sunday and rode. It was wet. Wet. Wet. The whole time we were texting June and sending her pictures to show her how wet and rainy it was. 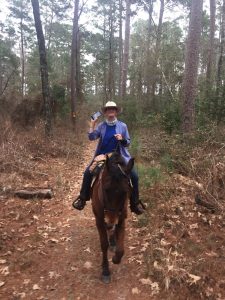 April’s son Ryan and girlfriend Lilly had a house and we put the horses in their chicken coop. They were content. Made a mess. Wish I had a picture of Ryan and Lilly but I forgot. Ryan was in the Marine Corps, a mechanic, so he fixed my defective trailer lights in about 15 minutes. 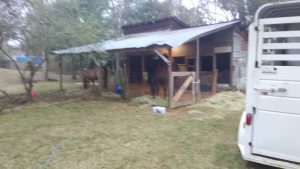 And just for the record here is my great-nephew Ben Jiles and his fiancée Natasha, they will be married tomorrow! In Utah. Happy and blessed everything you guys. 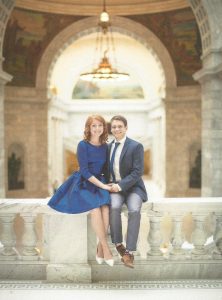 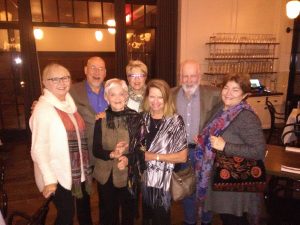 should have put this up a long time ago, such a great dinner, such a good time at Katy Flato’s superbly arranged reading and talk at Hotel Emma. Afterwards dinner with dear friends, Mike and Nancy Monroe, Rick and Christine Casey, June Chism, Nancy Rinn. People I love being with. So good to see Rick and Christine again.

And now….next week it’s back to the Irish Tin Whistle, new tunes to learn from CD my cousin sent me (Songs of the Hills, fiddle music from the Ozarks) and the bluegrass band is back in business after a long rest. 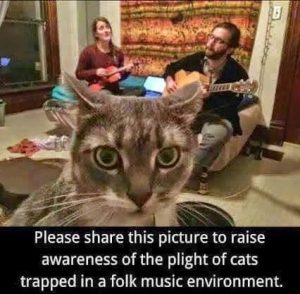