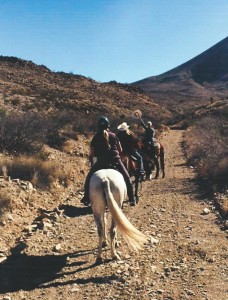 That’s me with the hat, April on the Whitehorse and Evelyn in the middle. June took the picture. This was the country right at the place we rented. We just rode out the front door. Coming back June and I left the road and cut cross-country to get back to the house, and that was fun. 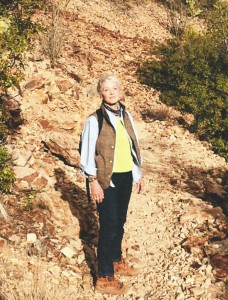 Me. We hiked on foot to a place called Cottonwood Springs. Amazing beautiful clear springs, flowing from a great jumble of rocks, hidden in a cleft in red desert mountains. Rather egotistical of me to put in me instead of springs. But here I am. And here I am again below with June and April. Yes, yes, I should change my name to May.  We had such a good time. 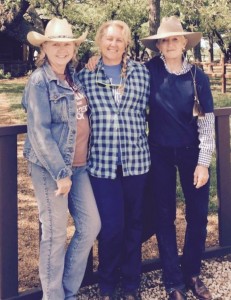 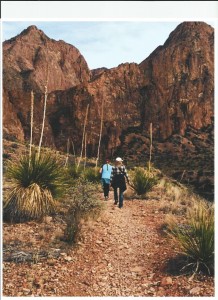 Oops, didn’t get this one cropped. At any rate, this is April and Evelyn ahead on the trail to Cottonwood springs. the cleft we are walking toward hides the springs and a very large live-oak and plentiful clear water. Amazing. Evelyn is a wonderful addition to our riding confraternity. she has a good little mare named Anna, and is great fun to be with.

All the characters are haughty, irritable, relentlessly negative. After about forty pages I realized this was going to go on forever. It is of a pattern. The narrative is told in several first-person voices but they all sound the same. One voice is from Texas, male, 1840’s. Next voice is Texas, male, 1915 or so. Last voice is female, mid 20th century.

They never stop being critical. Therefore the characters all have a very narrow emotional range. Also, therefore, the characters are all without agency. Things happen to them and they respond with acerbic observations. Also, there are many sexual references and all sex is unloving, graphic and apparently not very enjoyable.

Okay so I wasted my money. 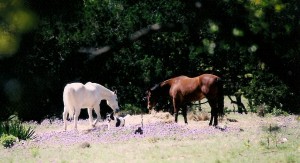 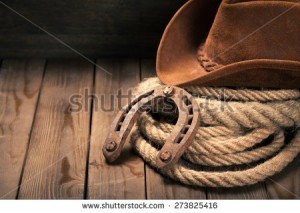