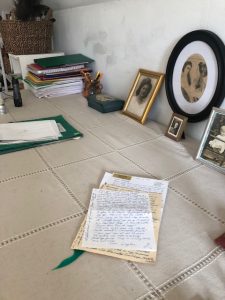 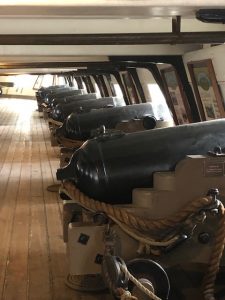 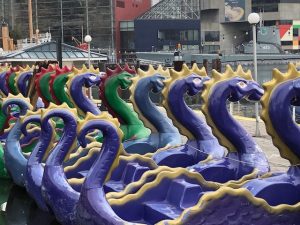 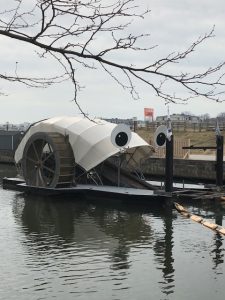 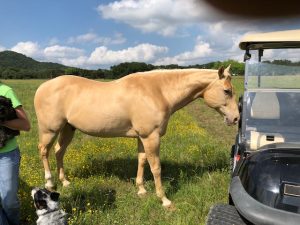 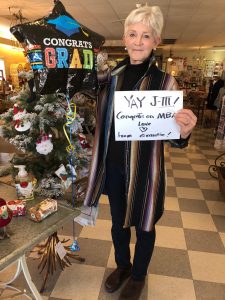 My grandson got his MBA! 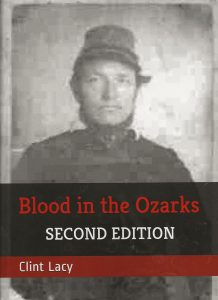 On Amazon there are a great many books (non-fiction) on the guerillas in Missouri during the Civil War, and almost all of them have to do with the guerillas/bushwhackers in Central Missouri; Quantrell, Frank and Jesse James, Bloody Bill Anderson and others.  Blood in the Ozarks by Clint Lacy is a much-needed look at the war in southeastern Missouri. In that area things were quite different and this work makes things about as clear as they are going to get.

The geography was different, the terrain and the people and the circumstances were different and other than Jerry Ponder’s books this is one of the few or perhaps only book dealing with the war in the southeast.  I don’t have the reference here to hand but I believe it was the only part of Missouri held under martial law/reconstruction after the war was over. I think it was two years under martial law.

Other non-fiction studies; Gray Ghosts, Bushwhackers, Guerillas in Civil War Missouri and many others, almost all dealing with the better-documented activities of Confederate-sympathizing freelancers in Central Missouri.

The situation  in the Ozarks of the southeast can be simplified more easily than in other places; it was mainly Tim Reeves Fifteenth Missouri State Guard units against Union units, mainly Missouri Militia (Union) and the Twelfth Cavalry (Union). The rivalry and intense, personal animosity between Reeves and the men of the Missouri Twelfth Cavalry (Wilson and Leeper) turn the situation into a terrible years-long vendetta and Lacy documents this extremely well, including civilian deaths. It occasioned one of the most moving, despairing and yet well-written night-before-the-execution letters I have ever read, that of Asa Ladd.

During a reading and book-signing a woman came up to me and told me she was a descendant of Asa Ladd, that it was in her great-grandmother’s house they had found the letter.

This book sets out this rivalry and the tragic consequences, and it all took place in the most difficult terrain, far from the notice of “important” people or newspapers, played out, one could say, almost in darkness.

My mother’s people were from Central Missouri and we have stories passed down about the bushwhackers — Bloody Bill Anderson came close to killing a distant relative of mine but said relative (George Brownfield) escaped into the thickets surrounding the Pilot Grove post office, dodging Bloody Bill’s bullets. There was a lot at stake in Central Missouri — good farmland, harvests of cotton and hemp, the great commercial highway that the Missouri River had become, not to speak of the extremely rich bottomlands of that great river.

My father’s people came from southeastern Missouri, the Ozarks, which was not in any way a vital area for crops, conscripts, herds or war products. We have no stories, only a confused report that my great-great-grandfather was hung, no details. Leaving a wife and three children and a pregnant wife; Mahala Giles. His name was Marquis Lafayette Giles, justice of the peace, taught the common school in Carter County.

Often in war, I have heard, from the participants, that certain units will develop an intense rivalry and hatred for one another — this happened to my husband in Vietnam. He was with an ARVN unit, as an advisor, spoke Vietnamese and lived with these troops. They got it on with a certain unit of the Viet Cong, and the two units fought each other for years. In the course of which my husband was wounded, got himself repaired and went back to the fight.

Also a wonderful man, a world war 2 vet, Charles Meuth, told me years ago that his unit of the Texas National Guard (141st Regiment) developed the same personal and intense rivalry with a certain unit of the German SS tank command and pursued them all the way up the Italian Peninsula and finally into Germany, where the war ended and they surrendered. He even knew their names.

So this is the drama and ferocity outlined in Lacy’s book, very well documented, a fascinating story of conflict played out in a country of great beauty but thin soil, heavy swamps, thick forest that almost nobody wanted, except the people who lived there. Blood In the Ozarks by Clint Lacy.