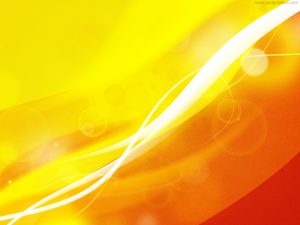 It’s 102 today and it will hit 106 by Monday. Staying in the house most of the time, there’s about a three or four-hour margin in the early mornings when I can get outside and get some work done. Otherwise it’s cabin fever. It’s like being in some kind of storm. I like being outside but can’t do it much past noon. After noon I dart outside to shift hoses, carrying an umbrella, dart back in.

Ryan got the nice cedar fence done down at the Longhorn gate (because I have hung a metal cutout of a longhorn head on it) and stopped at noon and he was done for. I took him down a carton of cold coconut milk. With pineapple the best kind. Lots of potassium.

Working on Simon the Fiddler. Re-reading Tales of the Dying Earth and a book about the Mayflower and those books I have to read for a project I promised to take part in. Got a letter from the admirable Bonnie Rapp, who was my mother’s dear friend. She said she and Vivian Weston (my mother’s first cousin) liked News of the World very much, and said “I kept reading every night wondering what you were going to do to that girl and that old man and was so relieved at a happy ending.” This from Blackwater, Missouri, where my mother’s people come from.

Researching the old Vivian-Taylor House near Goliad, Texas (online). Jim’s first wife’s people were related to the Vivians. The house was built in the 1840’s by Lloyd Thacker Vivian, whose granddaughter Kitty Vivian was the grandmother of Bernice Hilburn, who was Jim’s first wife’s mother. Kitty Vivian’s sister Sarah (Sally) married King Fisher and is mentioned in Taming The Nueces Strip. “A pretty little Irish chit”. This was when McNelly went to near Espantosa Lake to arrest King Fisher and apparently Sally came out of the house and gave them down the country. We drove down there to take the grandkids to see the old stone house, it was after all their ancestor.

All I can think about at this point is having to wear those dresses and petticoats and corsets in 106 degree heat. I’d be short-tempered too, whether my husband was an outlaw or not. 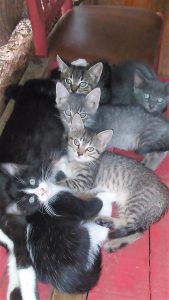 Trying hard to find a new home for all five of these kittens. Mother cat showed up in my garage during the cold winter, only half-grown and desperate for food, so I took her in and she had five babies. I really don’t know what to do with them. They are darling. Nobody wants them. 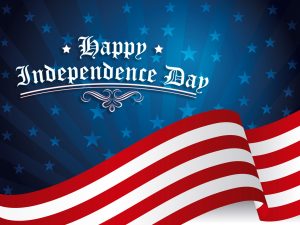