Read the same book on Kindle and as a physical in-your-hand book.

There is a different feeling about them. Move from a lighted screen onto a paper page and there’s a kind of let-down. The paper page is duller, less significant, less exciting. We are tuned to light. The lighted screen gives importance to things above and beyond their intrinsic merit. Lighted screens make you suspend judgement. It all started with fire. Staring into a fire. About a million years ago. 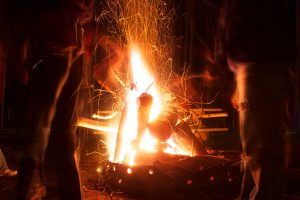 As most writers and editors know, you will miss typos and inconsistencies in your text if you try to edit on the computer screen, because you’ve suspended judgement. The light makes you less attentive, you coast. The great two-edged sword. 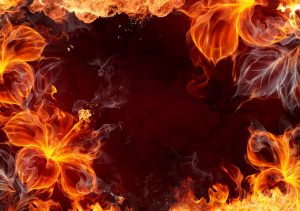 Just discovered a film that bombed but it looks very good. They said you could only get it on Amazon — $2.99

The Death of Stalin; A Comedy of Terrors.

The trailer and clips are intriguing and the fact that somebody has been able to at least attempt a comedy of dark humor about Russians under the evil Stalin. Amazing. I don’t think you would get belly laughs but Oh God laughs.

My oriole is back on his/her flyway north and so are the robins. 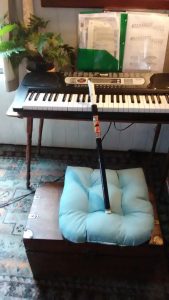 I have been trying to play this low D whistle for three years and finally managed ‘The Water Is Wide’. It seems the size of a drainpipe. Too much of a stretch for my short fingers. If there is any air leakage at all, if all the holes are not completely covered then you get skraaawk skreeeek. Finally realized it was the ring fingers on both hands that weren’t completely covering the holes and so worked at that. Also I run out of air. It takes a lot of breath to move a large column of air down the bore. But, at any rate, the sound is wonderful. It sounds like an oboe.

Have been working on ‘Margaret’s Waltz’ on the G, which is also a large whistle but not as big as the low D. I finally found somebody on YouTube who played Margaret’s Waltz  in G, his name is Lester, and Lester plays it nice and slow on the melodeon, which I listened to repeatedly and picked it out on my little three-octave keyboard along with him, from thence to the G whistle. Lester had about twenty hits on his YouTube video until I came along and upped his numbers enormously.

So Lester and I have been merrily tootling and squeezing away. Tom our fiddler and Diane and Chuck play it in G, so the G whistle it is. I don’t know why they decided on G but I am a latecomer to this piece and will do it in any key they choose.

Myself and June and Sherry and Evelyn and Nancy (all horse people) watched The Rider which CD was sent to me by the producer on this upcoming film of News of the World.

Am really enjoying The Sheltering Desert. Observations on animal/insect life in the Namibian desert are riveting. Hermann and Henno survived two and a half years in a scorching environment, lived through it, escaping both the British authorities who wanted to intern them as German nationals and also the Nazi regime who would have conscripted them into the Wermacht.

While waiting for game Henno would observe and record the activities of ants or preying mantises, record their tiny wars and struggles to live, Descriptions of rain clouds that finally brought moisture are splendid.  This is a wonderful document.